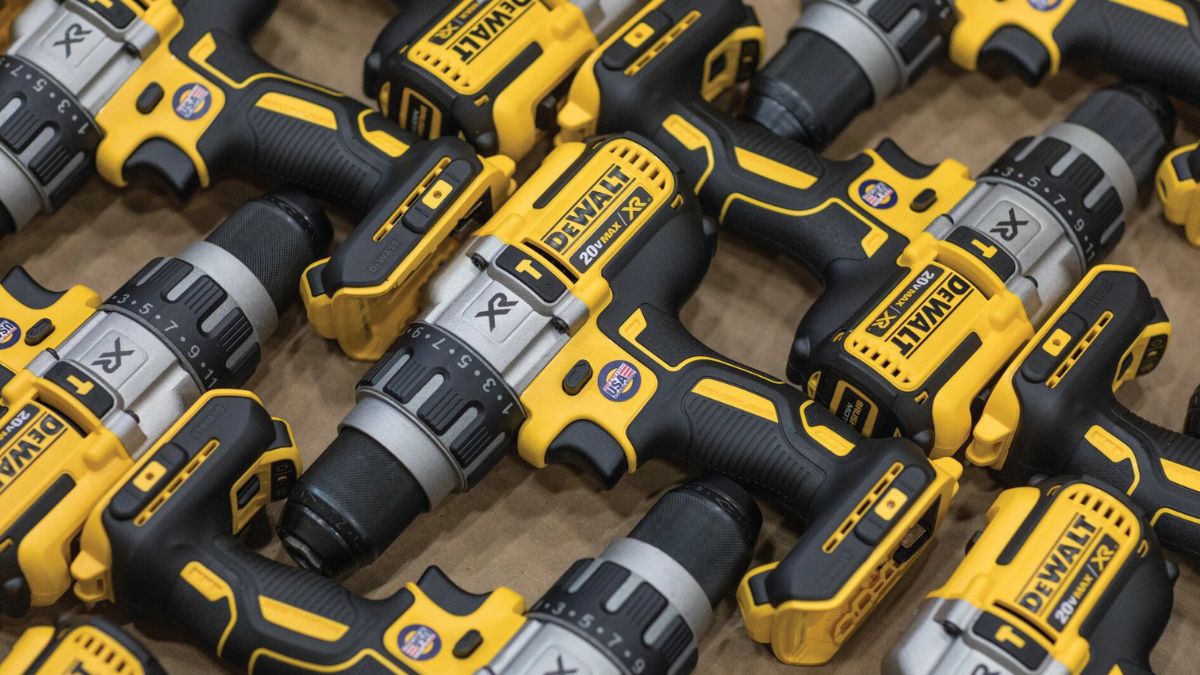 DEWALT is a leading manufacturer of industrial power tools and equipment. The company’s products are used in various industries, including construction, manufacturing, and mining.

DEWALT has a long history of innovation and quality craftsmanship. Its products are built to last and withstand the rigors of even the most demanding job sites.

If you’re in the market for a new power tool, you may consider DEWALT. DEWALT is a well-known brand that makes high-quality tools.

But like any brand, some people always try to take advantage of consumers by selling fake or counterfeit products.

So today, we’ll show you how to spot fake DEWALT tools!

Where are DEWALT Tools Manufactured?

DEWALT tools are manufactured in the United States, Canada, Mexico, and Europe.

In Canada, DEWALT has a manufacturing plant in Ontario.

In Mexico, the company has two plants, one in Aguascalientes and one in Ciudad Juarez.

DEWALT also has a plant in the Czech Republic.

The first scam involves fake websites that sell DEWALT tools at deeply discounted prices. These websites may look legitimate, but they are not affiliated with DEWALT.

If you purchase tools from one of these websites, you will likely never receive your order, and you will not be able to get a refund.

The second scam involves email messages that claim to be from DEWALT. These messages often include a link to a website where you can purchase DEWALT tools at a discount.

However, the website is not affiliated with DEWALT. If you click on the link, you will be taken to a fake website where you may be asked to enter personal information or credit card information.

How Can You Tell a Fake DEWALT Tool from a Real One?

Many people are drawn to the DEWALT brand because of its reputation for quality and durability.

However, there are a lot of fake DEWALT tools on the market, and it can be difficult to tell the difference between a genuine DEWALT product and a knockoff.

One way to tell if a DEWALT power tool is fake is to look at the packaging. Genuine DEWALT products are always packaged in blue and yellow, with the DEWALT logo prominently displayed.

If you see a DEWALT product that is packaged in any other way, or if the logo is not visible, it is likely a fake.

Another way to tell if a DEWALT power tool is fake is to examine the tool itself. Fake DEWALT tools are often made from lower-quality materials, and they may not operate as smoothly as genuine DEWALT tools.

If you are ever in doubt about the authenticity of a DEWALT product, you can contact customer service for assistance.

DEWALT Dealers You Can Trust

There are many ways to buy genuine DEWALT power tools. You can find them at most hardware stores, home improvement stores, and online retailers. However, not all vendors are created equal.

Some may sell counterfeit or knock-off products. Others may overcharge for their products. To ensure you get the best deal on genuine DEWALT tools, it’s important to buy from reputable DEWALT dealers.

Here are some examples of reputable DEWALT dealers:

This is by no means an exhaustive list. To find a licensed DEWALT retailer near you, just check out this page. You can search by zip code, which is a very convenient feature.

There are several fake DEWALT products on the market, and it can be difficult to spot the difference. Here are some of the most common fake DEWALT tools to watch out for:

These products are often made with inferior materials and workmanship, and they can pose a serious safety hazard. So before you buy any DEWALT product, research to ensure you’re getting the real thing.

If you suspect you’ve been sold a fake DEWALT tool, you should contact the company immediately. They have great people over there, and if you happen on some fake DEWALT tools, they’ll help you.

DEWALT takes counterfeit products very seriously and will help you get your money back if you’ve been scammed.

How to Use a Ratchet Strap: Loosening, Releasing & More